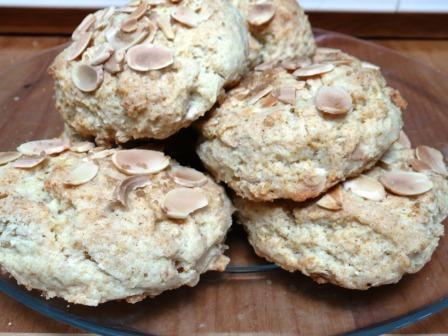 This morning the front and back fence is being replaced. In order to get a jump start on the warm sunny weather, the fence guys showed up at 7:30 am. Is that too early, he had asked when he called to confirm. Well, it’s way earlier than I usually get up, but as I’m not the one doing the hard work I’m certainly not going to ask anyone to spend more time in warm weather than they have to.

The side fences are, structurally, okay. It would be nice if they didn’t have small gaps between the boards that drive the dogs crazy with any passing movement, but they’re not going to fall down any time soon. The front and back? The back was getting rickety and wobbly and not looking so secure. If Sadie decided to jump on the fence and push on it, I’m sure she could have knocked boards loose, if not the whole panel. The front fence and gate had been ravaged by termites (the house appears, so far, to be uninfested – hi, mom! I have quotes to go over with you!) and attempts to reinforce the gate were useless as there was no good wood left to secure. I could have kicked it down while wearing heels. Every time we opened and closed it to take out, and subsequently bring back in, the trash and recycling I would wonder if it was just staying upright due to good balance. I’m not worried about someone being able to break in easily; I’m worried about the dogs being able to break out and not come back. We go on weekend trips so often and friends aren’t always in town to check on them. With food, water, a couch, music tv, and the doggy door, they really are just fine left on their own. As long as the perimeter has been secured. After today, I’ll feel safer about that.

I wouldn’t say we have nosy neighbors – they’re just always around. Luckily for me, I think they also go to the town hall meetings, particularly regarding the new low/moderate-income housing development going in behind our homes. I’m not concerned about the development. It won’t block the view of the big hill, it may add some noise behind us, and I don’t think it’ll add that much more traffic to the road. I guess one thing that was announced at a meeting was that the City is going to bring in a new water line where the drainage channel is and fill in the space. Apparently, we’re also going to recover that amount of land. Now, why we would get that entire width and the homes behind ours don’t, I don’t know. But one neighbor said that maybe I should wait on replacing the fence until this is done so I don’t have empty yard space behind my fence. The other neighbor said he’s going to extend his fence across the channel to meet the fence behind his because it’s “his property”. In the 3 years or so that I’ve lived here, I’ve had roughly 5 feet of width behind my fence that I wasn’t using as part of the year. I’m just now recouping most of it (unstable slopes and all) and that’s only because the fence is falling down. I don’t even know when this new water line is going in! Two years, five years? That is way too long to put up with a wonky fence. I work with developers. I work on infrastructure planning for cities and housing developments. Depending on the project, it’s a long process from architecture sketches to environmental studies to City approval to planning to (finally) construction.

The point was, I’m replacing the fence, they got here really early, now I’m awake – what do I do? I took the opportunity to make some scones. I didn’t have enough time to mess with a yeasted breakfast bread and I wanted something fancier than pancakes. Since I just received the huge baking tome Baking: From My Home to Yours by Dorie Greenspan, I thught I’d see what I could bake using ingredients I already had. In cleaning out the freezer for our fishing trip haul, I found a package of blanches sliced almonds. We also had a bit of cream and milk to use up before I go grocery shopping. Ms. Greenspan’s recipe for almond scones uses both cream and milk, so that seemed fortuitous. Something to note: most of her recipes use at least 1 stick of butter. I think I saw one muffin recipe that uses 6 Tb. butter but only because it adds in something else equally not-so-healthy. Hey, at least they’ll taste good!

It seems to me that the pastry cutter method is returning in popularity over the food processor method for scones and pastries. I, however, love using the processor to cut in butter. Especially if I’ve already used it to grind up another ingredient. I also scoop scones onto the baking sheet instead of patting it out and cutting little triangles. I’m always scared I’ll somehow overwork the dough and end up with tough scones, so this is one less “handling” step.

These scones are good. They far surpassed my expectations for an almond flavored baked good. My new standard for a “good scone” are scones from Crown City Tea Room in Coronado. Their scones are light and fluffy and don’t dry out your mouth. They are sweet but not too sweet, tasty but not heavy – they are heavenly clouds. When I bake scones at home, this is what I am aiming for. These scones, while not quite as light, are still fluffy and heavenly, especially when warm. Happily, even after they cool, they still have a moist crumb, almost like a biscuit middle, and are not dry and crumbly. Another reason to love these? If you’ve ever had an almond croissant from a true bakery oven, warm and sweet and full of almondy goodness, this scone is as close as you can get to that breakfast treat without having to slave for 2 days making croissants (because almond cream is easy). I attribute this flavor to the ground almonds pulsed into the sugar and then the chopped almonds mixed throughout the scone. Actually, the different between this scone and almond cream is that the scone only has 2 Tb. sugar and much more flour. No wonder I love them!

Even though I only made scones because I was up early this morning, the recipe came together very quickly and baked for only 20 minutes. In the time it took for the coffee to brew, they had cooled down enough for me to take a taste. Want more proof that you should search out this book and go make these scones? I would rather finish my scone than eat the second piece of bacon. I know. Baked good over bacon, what is the world coming to?

Toasted Almond Scones from Baking: From My Home to Yours by Dorie Greenspan

Preparation
1. Preheat oven to 400ºF and line a baking sheet with a silicone mat.
2. Divide the toasted almonds in half. Finely grind half the almonds with the sugar in a food processor, taking care not to overgrind and end up with almond butter. Finely chop the other half of the almonds.
3. Stir together the egg, milk, cream, and almond extract.
4. Whisk the flour, ground almonds and sugar, baking powder and salt together. Drop in the butter and toss to coat the butter with flour. Working with your fingertips or a pastry blender, cut and rub the butter into the dry ingredients until the mixture is pebbly (here is where I deviated – I tossed the flour mixture and butter into the processor and pulsed until pebbly).
5. Pour the liquid ingredients over the dry ingredients and stir with a fork just until the dough, which will be wet and sticky, comes together. Stir in the chopped almonds (I stir them in before the dough comes together, so as not to overmix).
6. Gently knead the dough by hand or turn it with a rubber spatula 8 to 10 times. Turn the dough out onto a lightly floured work surface and divide the dough in half. Pat the dough into a rough circle about 5 inches in diameter and cut into 6 wedges. Top each scone with sliced almonds, if desired. Repeat with the other half of the dough. Place each wedge on the baking sheet. This is where I just scoop with a large cookie scoop directly onto the baking sheet. I ended up with 9 scoops, instead of 12 wedges.
7. Bake for 20 to 22 minutes, until golden brown. Transfer to a rack and cool for 10 minutes before serving.