We are not morning people. We set our alarms early, all optimistic, then hit the snooze button too many times. I go to bed with the best intentions of making a nice bowl of oatmeal or fried eggs and toast or even whipping up drop biscuits to bake while I shower. Sadly, most mornings we’re lucky if I manage toast and jam out the door with our coffee (which only happens because T gets the coffee maker going while I shower).

But! There are times I’ve tried a new recipe that leaves us with 2 loaves of something-bread. Pumpkin bread, banana bread, zucchini bread. Sometimes it’s leftover Sunday pancakes or waffles I’ve stuck in the freezer for later. Or maybe a slice of pie that seems breakfasty. This is something that defrosts in the fridge overnight. Something I can just pop in the toaster while putting together leftovers for lunch and stirring cream into the coffee. Something we still eat on the way out the door, but it’s tastier than toast and better than a Pop-Tart. 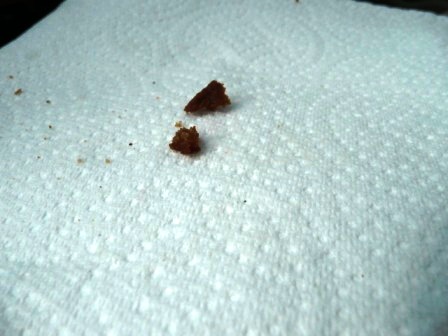 This one was a pear bread that I had to test. Cornelia Walker Bailey’s Pear Bread. It’s in Southern Cakes by Nancie McDermott, and also on the site. It’s a good fruit bread, with the crumb of a banana bread but a subtle pear flavor. Where you can taste the bananas in banana bread, you’d probably only know pear is the starring fruit here from that pear texture in each bite. No chunks – the fruit has melted and become one with the bread because it’s grated, but it’s still there. It’s just good. And it was a pleasant surprise in the freezer basket. Like finding a hoard of nuts after a long cold winter. Or something.